Labels, Genres, and Pigeonholes (or, Places to Stick Things That Shouldn't Really Get Stuck in Places)

Hey everyone, it's that time of month - yes you got that right - Guest Blogger time!

This month, I would like to introduce you to another writer friend of mine, Chaz Wood. Not only does his work stand out, his artwork is out of this world, and for your pleasure, I will hand it over to him.


The following was inspired by a conversation with a fellow self-publisher and writer over on a steampunk forum, where he raised the question of how far to define one's works within a certain genre in order to attract readers. This article is condensed from several replies of mine wherein we discussed the value and legitimacy of...

“Labels, Genres, and Pigeonholes (or, Places to Stick Things That Shouldn't Really Get Stuck in Places)”

As a reader, a watcher of films and a listener to music, I have a lot of time for labels that define a certain genre. It helps to discover new works with features and aspects that I like, and avoid those with elements that I dislike. Such things are a helpful shorthand for the jaded fan who is looking for new entertainments and distractions within a certain zone of familiarity. It's not uncommon for me to go searching on Amazon for items I own and enjoy, just to pick up on the website's recommendations for “if you bought that, then you might like this...” Such links and recommendations all derive from labels, 'tags' as Amazon calls them, simple descriptive terms which give a browser with goldfish attention span an idea of what to lavish hard-earned cash upon, and what to avoid like a bad dose of the pox.
As a writer and producer of printed material, however, I have to consider labels, genres and pigeonholes in a completely different, and quite often negative, way. “Ought I to add this tag just to get in with a new style that's suddenly become terribly trendy, or do I stick to what I know the book is actually about, and be honest?” Such was the gist of a friend's blog post on the Steampunk Writer's & Artist's Guild page, and it got me thinking seriously about labels, and their use in my own works.
Being old-school, I like hardline familiar concepts like 'horror', 'thriller', 'historical', 'exploitation', 'fantasy' and the like. I like them because I know what to expect. Horror may be 'psychological', 'supernatural' or otherwise, but it's still clear what the work entails. Browsing writer's and reviewers forums these days, I come upon things I've never heard of before, and I feel dreadfully old-fashioned and out of touch. I still have no idea what “YA” means, or what differentiates “urban fantasy” from more traditional “forest and mountain-based fantasy”, “rural fantasy”, or a possible subgenre, “suburban fantasy” (which may give us “The Stepford Elves” in future)? Flippancy aside, keeping up with new genres can be confusing. My perception is that no matter how cool or cutting-edge, how hip or alternative, how radical or scary a movement or a genre may be, when the Man finally gets hold of it, it becomes safe, boring and predictable - so much so that pretty soon, neutral observers may wonder what was so exciting about it in the first place.
Music companies are the best at exploiting this kind of street-level upsurge. In the '70s when punk rock began, it was just punk. It wasn't steam or cyber or splatter then, it was just punk. It was an attitude, a look, a feeling, as much as a style of music. You lived punk, you didn't just play it or talk about it. When the genre label was applied by the Man to what his record companies perceived to be punk, the focus shifted. Punk bands were no longer just working-class lads up for a bit of fun, who were angry with the police and the government or bored from having no work. They began to feature middle-class kids who saw an opportunity to make a quick buck or three, and then the whole thing collapsed on itself. The Man got bored with punk too, and started signing up heavy metal bands and new romantics instead, because The Man had sickened the public by signing up too many whiny brats who couldn't sing or play very well, and weren't terribly attractive.
As creators, artists and writers, we represent the people and we may choose to “stick it to the Man” by stubbornly ploughing our own furrow and refusing to be pushed into one of his marketing pigeonholes. Or we may slap one of his convenient labels on ourselves to say “Look at me, I do this too...if you're buying his books, then you should buy mine as well!” The Man wants to own genre labels so he can exploit them, suck them in, milk them, and spit them out when the next exciting underground thing comes along to repeat the cycle. In my case, I'm in the midst of writing a series of quirky fantasy adventure stories. By turns surreal, comical, dark, twisted, complex and epic, with elements from many genres and styles, I've long struggled against defining them simply as “fantasy”. Yet, they are that. I have also chosen to refer to them as “steampunk” of late because I thought it featured some elements of that genre, in terms of the pseudo-Victorian city setting, the cruel colonial mindset and rigid, snobbish class structure of that time, all filtered through a very subversive seam of British humour. I didn't call them “steampunk” to appeal to the millions of fans who think airships and corsets and big goggles are awesome, because I didn't realise that millions of fans thought these things were awesome in the first place. I was simply looking for another helpful tag to slap on my books for the Amazon Kindle shop, to give those other browsers an idea of what the books were about, and not mislead anyone into thinking they were any other quirky subset of “fantasy”.

When I started developing what eventually became 'The Wish & the Will' in the early '90s with a friend, we thought we had created something unique by having a city that was based on clockwork. Neither of us had heard of steampunk, or understood that the whole clockwork thing had already been done. These days, I don't even like referring to the clockwork aspect of my own books much, as I fear being slapped down as just another bandwagon-jumper. Around that same time, I also created sketches for a race of people who looked like long-haired foxes stretched out to human size, with tails. I thought this was a cracking good design for an alien race...so imagine my disappointment when a few years ago I stumbled across literally thousands of such things on Deviantart.com, apparently existing in a sub-genre of manga named “anthro”. (And having had the misfortune to view some of the adult-rated material in that style, I could never look at my own characters in quite the same way again).

So, the Man has his labels, and we, the people, may choose to play his game, or not. We, the people, who create the works, may call ourselves punks or steampunks or liquid-petroleum-gaspunks, or not, as the case may be. We may ask ourselves why we wish to apply these labels to ourselves, whom we hope to attract by doing so, or indeed, who we may repel. Thus, we define our own audiences by the way we define ourselves.

As self-publishers or small-press writers, this is an important issue to consider. As creators, we seek to belong to a movement, to a club, a gang, an exclusive group of some sort, so we feel less marginalised and more worthy in our efforts (“I'm not a crazy antisocial weirdo...I'm a member of a burgeoning underground subculture, dammit!”) We seek to raise awareness of ourselves and works among others of similar taste and persuasion, to present ourselves to a pre-defined audience that actually understands what the hell we're talking about. So choosing to write something that is a bit off-the-wall at the present time is probably no bad thing, and could even be an investment for the future. As I see it, the problem lies in the fact that trends get boring pretty quickly, and that can lead to good, solid works of art and fiction being unfairly dismissed by the bored and the jaded as "just another example of...[insert flavour of the week]".

So, where am I going with my steampunk-flavoured fantasy books that include a dash of this, a hint of that and some of t'other? My dear, I'm just going to follow the Yellow Brick Road.

The first two episodes of 'The Wish & the Will' (Book 1: “Sundancer's Regret”) are now available on Amazon Kindle in text-only format, or direct from Fenriswulf in their fully-illustrated full-colour slightly-steampunk, vaguely-clockwork-oriented special e-Book editions for less than 1 GBP.

This article was inspired by a forum discussion with Mark David Brown, a fellow writer of unique and almost unclassifiable literature. Meet him and his works here: Click here


Thank you Chaz, as always your honest-to-God approach to all things 'FANTASTICAL' proves a hit. I hope your journey along the Yellow Brick Road leads you far and beyond the Emerald City.

Guys, make sure you check him out.

Until next time, Ciao my lovelies. 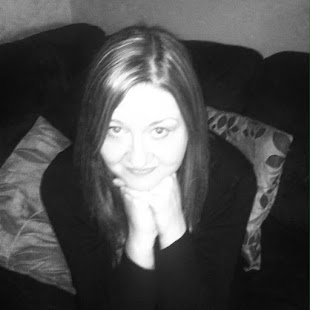 Welcome to my blog where you'll find me rambling on about whatnots, talking about this and that, and showcasing some of Indie's best. I am wife and mother first, and author second. I love what I do, and I am pretty sure so do my readers.
Thanks for stopping by.